EFT is dedicated to building performance, so our clients can meet their commercial goals, promote well-being and protect the environment. 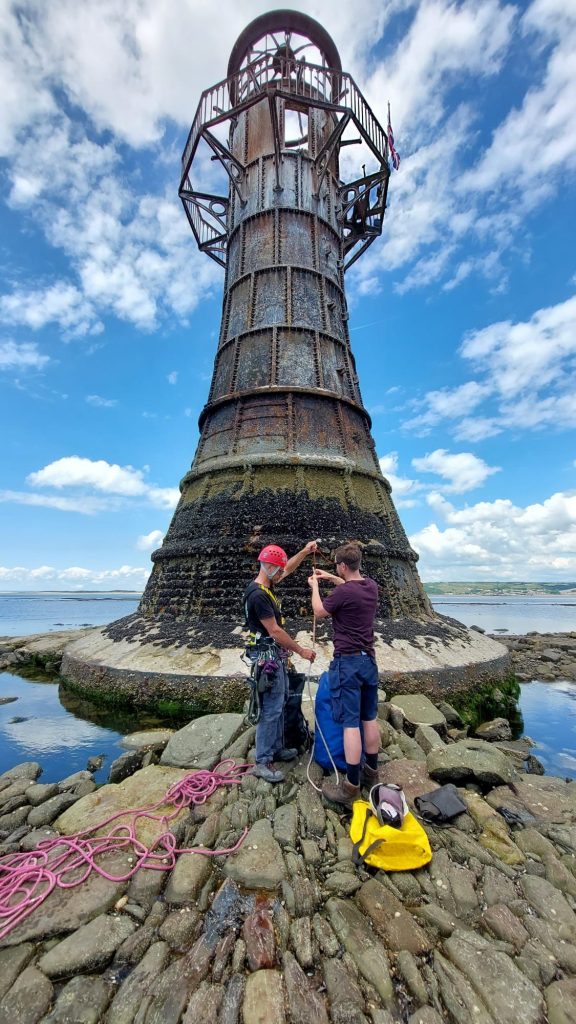 Whiteford Point Lighthouse shone for the first time in decades over the weekend – in celebration of the Queen’s Platinum Jubilee – thanks to a great team effort from a number of volunteers including EFT Consult’s own Managing Director, Dave Kieft, and RD Group Electrician, James Mainwaring.

The famous North Gower landmark was decommissioned in the 1920s, the decade of the Queen’s birth, and apart from a brief period in the 1980s, the lighthouse has remained unlit ever since. It was built in 1865 to a design by architect John Bowen, a Llanelli man, and remains the only wave-swept cast iron tower of its size in Britain.

A Facebook post by Llanelli businessman, Paul Brookfield, regarding the idea of lighting up the old Whitford Lighthouse as a beacon for the Queen’s Platinum Jubilee sowed the seed for the project. EFT Consult Managing Director, Dave Kieft, who has a long history with the lighthouse – it being his favourite spot on the Gower, then stepped into action and stated we will do it, though at the time not knowing exactly how.

Having spoken to a number of suppliers we agreed to partner with one in particular, who provided two test rig proposals for two high output LED floodlights which work on batteries and are charged by solar panels and timers during daylight hours. The lights were to be positioned with one facing Penclawdd and one facing Llanelli.

The next challenge was to gain safe access to the site. Dave, who lives near Penclawdd, realised that RD Group Electrician, James Mainwaring, has a long family history within the area – stretching back many generations – with some relatives still working on the estuary. This work has given them an intricate knowledge of the treacherous coastline the lighthouse was built to protect ships from. As such, he was the obvious person to speak to in relation to advice regarding the tides and gaining access to the lighthouse.

James called on his relatives, Brian and Ben Selwyn of Selwyn’s Seafoods, who harvest cockles in the estuary, to help. During the project set-up, they were able to ensure the climbers and engineers needed to install the lighting were safe in their passage to and from this very dangerous position. 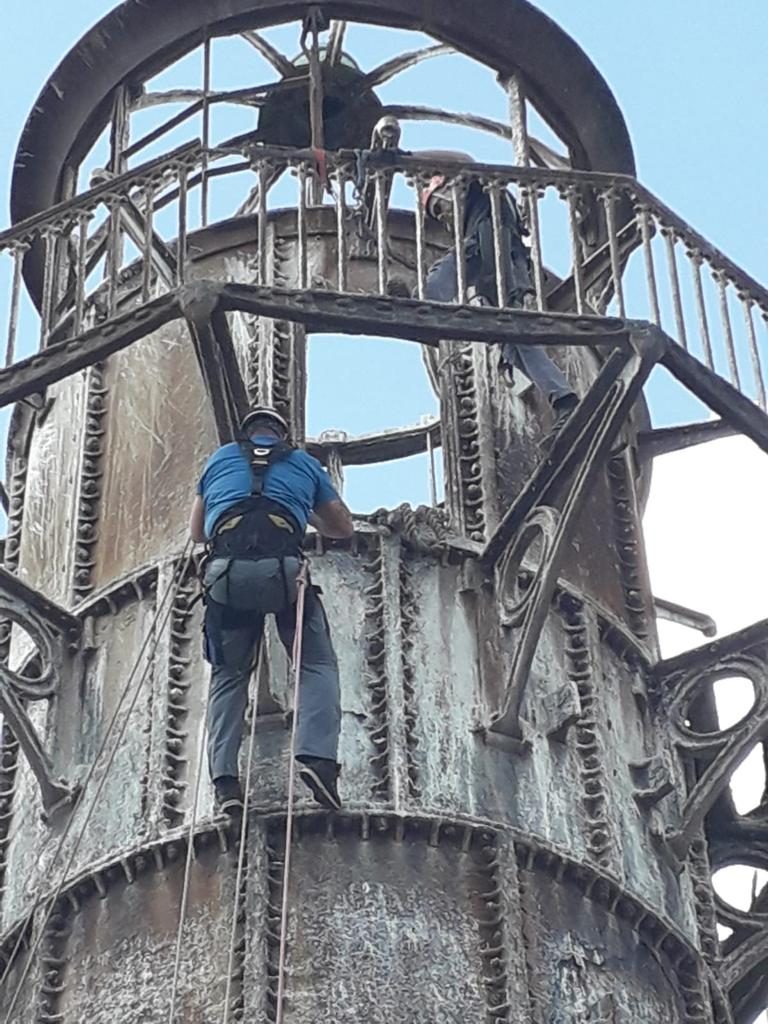 Two Gower-based climbing experts, Fred Pinot and Andrew Butler, were responsible for helping to safely install the lights. Due to the difficulty in getting to the lighthouse to install and test the equipment ahead of the celebrations, it was touch and go as to whether the illumination would work in the way it was hoped.

However, following three visits by the team, the rig was installed and tested, and fingers were crossed for the lights coming on successfully at 9:45pm on the evening of Thursday 2 June, with a lot of people watching! 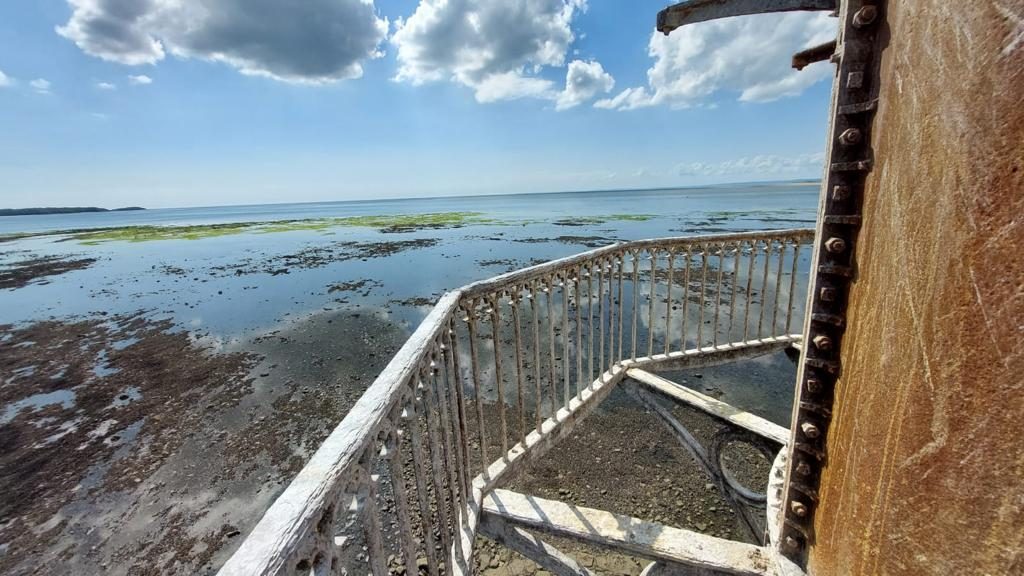 Thankfully, and due to plenty of prior planning and programming, it all worked, and the installed lights illuminated the lighthouse for three consecutive nights over the Jubilee weekend.

It is hoped that the success of the project will help Dave gather momentum in his proposal for a potential preservation/conservation project to ensure the lighthouse – which is in a very poor condition – can be saved for future generations to see and wonder at.

“This project to re-light Whiteford Point Lighthouse is a fantastic example of what volunteers can achieve when they come together with a vision. Despite the difficulties involved with getting to the lighthouse safely, and the limited time that could be spent there due to the tides, this small team of locals created something that has put a smile on a lot of people’s faces.

“Also, thanks to social media, the news of this project has even reached the other side of the globe. This is a great symbol of how these dedicated local people, who donated their skills, knowledge and time free of charge, have created a shining beacon which has been seen far from the South Wales shore.” 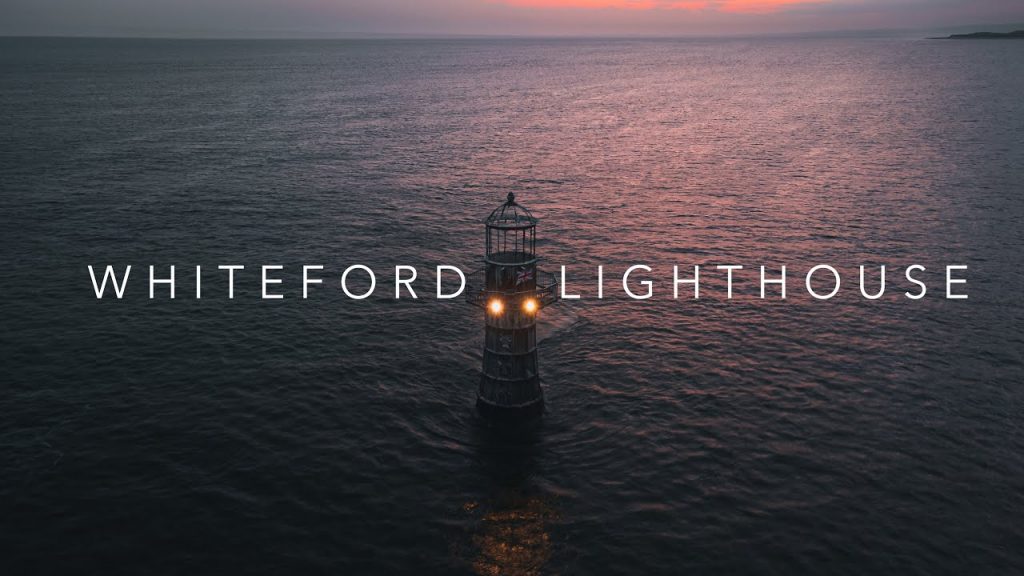 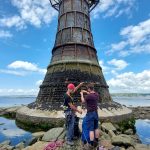 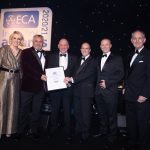 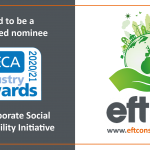